Pattern is now released for the Crochet Coverlet and Hat Photo Prop. This pattern is for a crochet coverlet and hat set – ideal for photo shoots or as a novelty baby shower gift.

Two hexagon motifs are included for boy/girl options.  That said, there is absolutely no reason why the versions can’t be interchanged, mixed about and used together to make a unisex coverlet…I mean, boys look good in flowers too, don’t they 😉 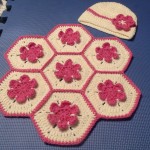 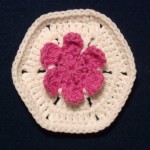 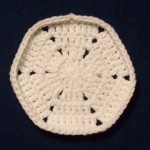 The crochet coverlet is made up of 7 hexagons and measures approximately 33cm (13”) at the widest part.

This pattern is written in UK terms with US equivalents where applicable.

Our Website uses cookies to improve your experience. Please visit our Crochet Coverlet and Hat Photo Prop Set page for more information about cookies and how we use them.